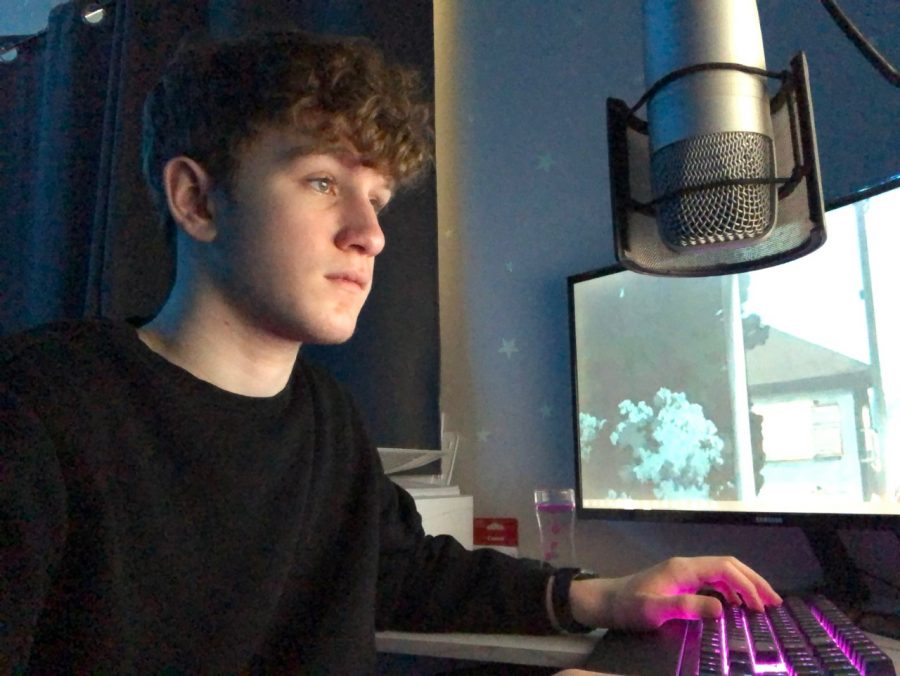 Junior Zachary Christman began making content on YouTube when he was just 10 years old; making videos about his favorite games and uploading them for the fun of it. As his interest in video making grew with himself, his content style changed. He moved on to different genres of games and new editing styles that matched his evolving humor. Even when his runtimes grew shorter, his content had improved in quality and Christman was finally seeing the payoff of his years of work. This was an optimum time to move onto a new territory of content creation that had launched hundreds of careers since its release

The specialized streaming service allowed for ad-free, intractable, live video feeds of whatever the creator wanted. In Christman’s case, he chose to carry on his production of gaming content and has been growing his following ever since. He recently reached milestone of 100 viewers and has continued on making content.

Even with some of the obstacles that come with being a growing internet personality and being a student behind the screen, Christman continues to do what he loves, no matter the viewcount.

“They were able to indirectly make people happy, which is something I’ve always wanted to do,” Christman said, referencing some of his past inspirations.