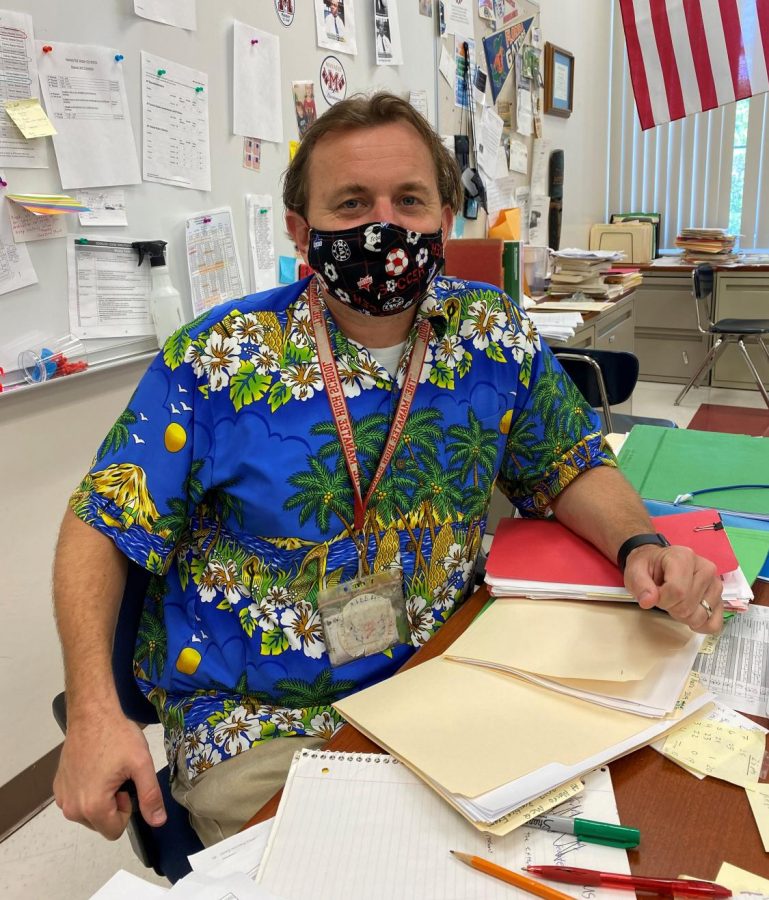 Mr. Stephen Murray has always had an affinity for history and his alma mater, so it makes sense that he came back to reprise his role as a Hurricane. However, Murray said that it had not been the only career he has had. Instead, he feels the most passionate about teaching. What drove this enthusiasm initially was the constant learning that came from being a teacher, learning the material and learning from other teachers around him. Now, Murray is motivated by the relationships he gets to build with his fellow teachers and students. Especially here, which is a special place to Murray since he grew up here and had family connections here.

When asked about his favorite part of teaching, he said, “just helping students realize something they didn’t know or realize that the little they had known was just the tip of the iceberg and having them make connections, especially teaching American History, to modern society and modern issues, which I also think is something that motivates students as well.”