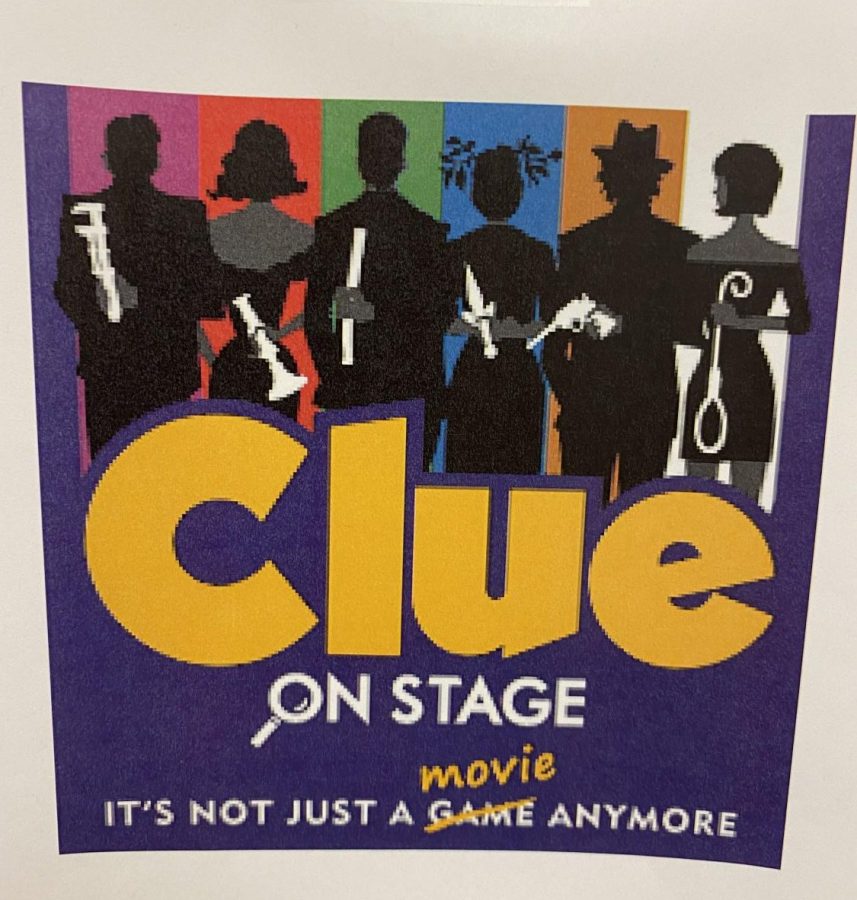 Clue is a must have board game on family game night. It was so popular that it was adapted into a movie in 1985 that left us all hooked. Now the theatre department has the special opportunity to add their own twist to the classic formula.

Our story opens in a mansion, where a group of people who were given anonymous invitations arrive. Unexpectedly, a series of suspicious murders happen. Each character is a suspect as well as an investigator. Their sketchy backgrounds pin them against each other as they work to unveil the truth.

Between blackmail and suspicion as well as the looming threat of a murderer on the loose, tensions are high.

The board game is well known for the number of ways someone can become a victim. Between the randomization of rooms, weapons, and characters there is a wide variety of possibilities.

The play has more limited options in how the murders happen compared to the game, but the atmosphere of the live performance is unlike any other version of this story you have seen before.

Keeping a bit of the traditional unpredictability, each night of the show has a different ending. So, if you go to multiple showings, you get to figure out a new mystery just as you would with the game.

Many of the standard features of the game are kept but with the new changes made, audiences are in for an exciting show.

The president and co-president have a bit of wisdom to share with those nervous to audition.

Even if you are not going to participate in the behind the scenes of the show, you can see it performed in November.

The opening night is November 4th at 5:00 pm. If you cannot make it to the first showing you can see it on November 5th at 2:00 and 7:00pm. Be on the lookout for ticket sales!

If you have any additional questions, you can contact Ms. Heather Catell, Zach Williams, or Anna Wright.

If you are interested in seeing the cast list it will below. Congratulations to everyone who made it!

The Motorist played by Anna Wright