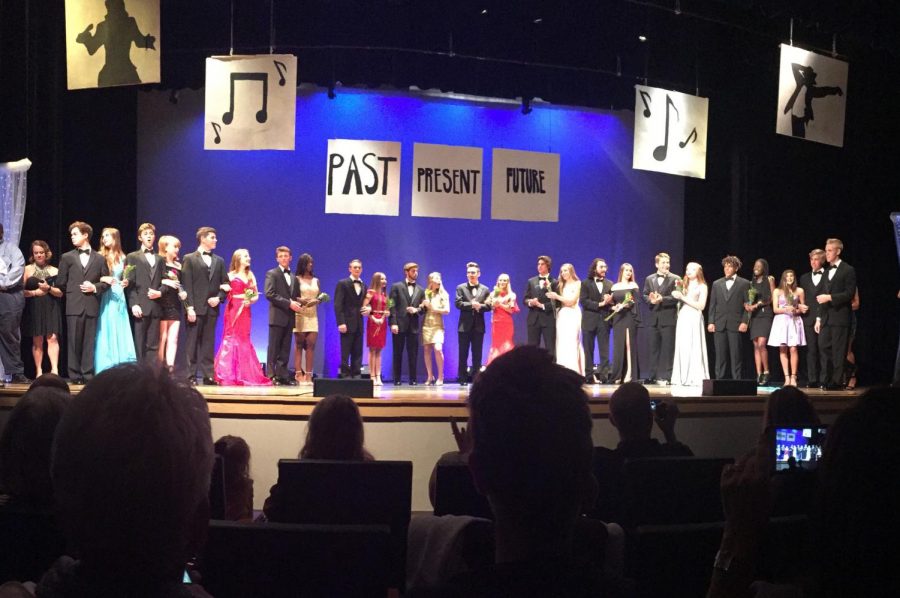 Dancing and fashion and fun, oh my. The Mr. Sugar ‘Cane fashion show put on by the Manatee Sugar ‘Cane dance team on Oct. 25 kicked off the two-part spectacle for the show’s 35th anniversary. Featuring senior boys that were nominated by the dancers, this program is a fun way to help the team raise money to go to the national competition in the spring.

The program featured many other performances along with the Sugar ‘Cane dancers, including the Braden River Middle School Dance Team, the Palmetto Dazzlers, the Manatee High School Company Dance Class, the MHS Jazz Band and the MHS Unity Steppers. All of which displayed great routines that showed just how much effort they put into learning them.

Sponsors from Charly’s Boutique, Madeline’s Boutique, Island Cabana and Men’s Warehouse displayed their merchandise. These sponsors made the production a full-fledged fashion show as well as a dance program.

A fashion show is what the Mr. Sugar ‘Cane program usually is, however, since this year is the 35th anniversary, Babroski also wanted to have a reunion that featured former Sugar ‘Canes and Mr. Sugar ‘Canes, and even little boys dancing on stage as future Mr. Sugar ‘Canes. The reunion show on Oct. 26 was a different spectacle altogether. In contrast with the previous night’s anticipation for who would be deemed Mr. Sugar ‘Cane, and the fancy, formal suits and dresses that the gentlemen and varsity dancers wore, the reunion show was informal, humorous, and an overall fun program. It was the entertainment that people needed after a long week of work and school.

Babroski said that her favorite aspect of the show was because it was a family affair for many people to enjoy. Sugar ‘Canes from the past, present and future displayed the spirit and pride that alumni carry with them and pass on through generations. The Mr. Sugar ‘Cane show brought people together, providing entertainment and fun for people of all ages, while also showing off some Manatee High spirit.

“My brother was a Mr. Sugar ‘Cane nominee back in the day, so he will be joining us onstage, I will be onstage because I was a Sugar ‘Cane growing up, my son is doing the future Mr. Sugar ‘Canes dance, so it’s really just a family affair,” states Babroski. “It’s kind of like a connection of how this program has been around for so long and how it follows through family generations.”