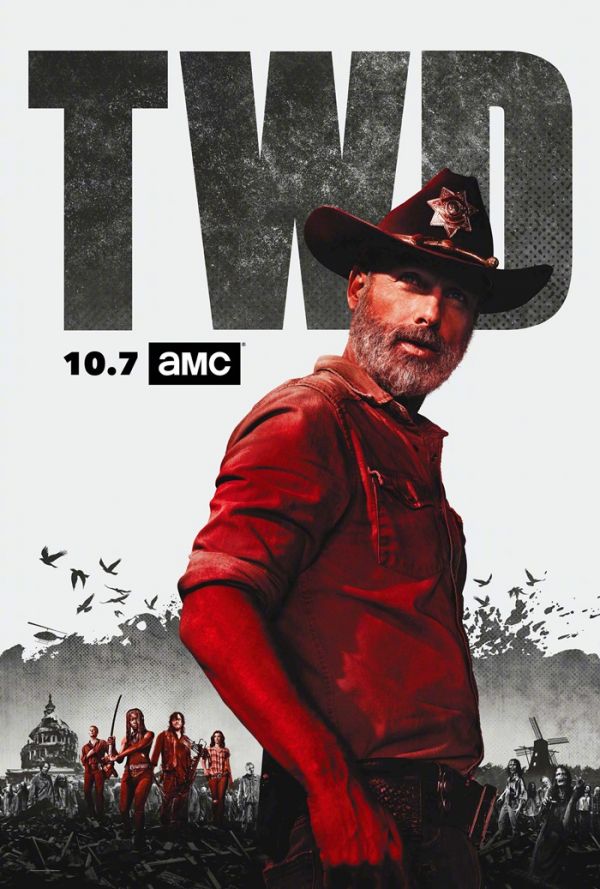 After the tragic events of season eight, Rick Grimes, Daryl Dixon, Maggie Greene, other survivors and past enemies must come together and rebuild civilization, starting with Alexandria and the Hilltop. However, when re-colonizing the world trouble occurs at every corner, pushing Rick and the others to the edge.

“The Walking Dead” is an AMC drama/horror series based on the terrifying comics by Robert Kirkman. The show tells the story of Rick Grimes, a police officer who wakes up from a coma to find out the zombie apocalypse has started. During this series viewers are introduced to a colorful assortment of characters and their journey through the overcrowded world of “Walkers” trying to survive every obstacle thrown at them.

Season nine of “The Walking Dead” begins with a time skip, the story now taking place a year and a half after the unfortunate conclusion of season eight. During the skip, Alexandria has been rebuilt and looking better than ever.  This season’s problem is that uninteresting characters are introduced, banal story lines were created and terrible choices were made by the writers.

The initial problem with this season is the new characters that appeared sometime between the end of season eight to the start of season nine. Naturally, there will be new survivors popping up out of nowhere, but these new individuals are too plain and unnecessary. The main purpose of introducing new survivors is to get the audience invested in new sets of characters so when the protagonists are killed off, they will keep watching another season.

Another issue with this season is the boring story line presented, unlike the compelling plots of past seasons.  Season three gave the audience the irrational Govern and season eight had the tyrant Negan. Now, viewers have a bunch of skill-less fighters dressing as zombies to hide. Instead of trying to end the apocalypse, writers are trying to extend “The Walking Dead” for as long as they can, by doing what ever is “interesting” for the plot.

The worst part of this season is the time skip. Not the first time skip, the second one, the writers thought it would be great to not only have one time skip but two. During the second time skip you find out Michonne was pregnant with Rick’s child, Maggie left Hilltop with baby Hershel and that Daryl leaves Alexandria and goes solo. The writers decided to use another time skip as a tool for the story to take an interesting turn, surprise though, it did not. Season nine continues to be a unimaginative story line with little to introduce to the plot.

All in all, “The Walking Dead” is a unique series, but it ran off course. To be honest, the show should just conclude this season with the departure of Andrew Lincoln, Rick Grime’s actor, leaving at least a little sense of positivity in this once great show. However, if one is interested to see what direction the show is taking, they should watch it. “The Walking Dead” season one through eight is available on Netflix and new episodes for season nine can be viewed on AMC and On-Demand.