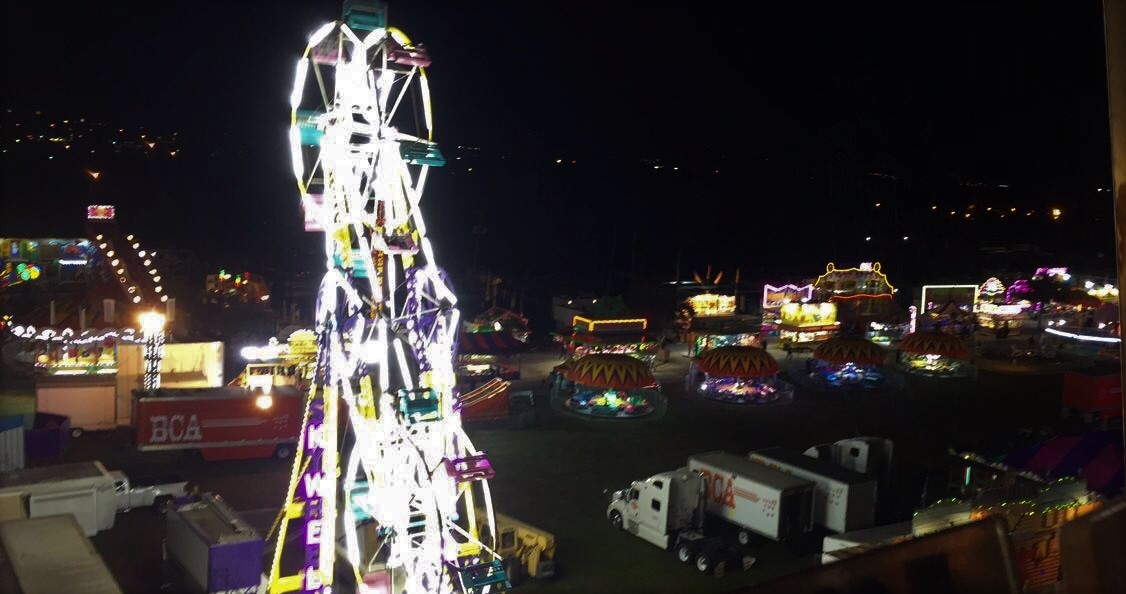 103 years of the Manatee County Fair

In the ten days between Jan. 17 and 27, Manatee County shed its dull, small-town atmosphere for one that filled its residents with life. The lights, sounds and smells of the Manatee County Fair have set the county abuzz for 103 years. Between the exhilarating rides, exciting animal shows, live entertainment, glitzy pageants and unique and memorable fair food, the fair truly has something for everyone and has for generations.

The first fair was held Feb. 28, 1916, after being in project form for little over four months and was set to be held right before the South Florida Fair and the Gasparilla Carnival in Tampa. Since then, the fair has endured adversity through the Great Depression in the 1930s, and during World War II, when it closed in 1942 and later reopened in 1951.

The change in the 103 years has been drastic. The fair has gotten bigger and nicer than it was when it first started. Adding attractions like live concerts and taking out rides and attractions like the “freak show” that showcased people with oddities and uncanny abilities.

“I remember going to see the lobster family,” says Beverly Burdette, an annual fair-goer since she was a little girl, “people that had lobster hands and feet.”

These shows were taken out of the fair in the 80s and shows how much the fair has changed since then. With the growth and expansion over the past century, the Manatee County Fair truly has something for everyone.

An important emeritus of the fair, Ina Baden, served on the fair board for 37 years, in the entertainment committee, fair manager and now as director of the cheer competition. She was one of the two first women on the fair board. Her involvement with the fair started with entering her cooking, canning and arts and crafts, but she wanted to start working with the fair because it helped with the community.

“It was a real positive community effort,” described Baden about her reason for starting to work at the fair.

Baden said that since she started working at the fair, it has gotten so much more significant.

“We used to have booths from smaller communities like Samoset and Oneco,” said Baden. “Eventually they just stopped participating.”

Rhonda Zoller has been going to the fair for around 60 years, since she was eight years old and really

got to see the fair change before her. As a child though, Zoller said she was like most kids nowadays.

“The rides… absolutely,” said Zoller about what she most looked forward to at the fair as a child.

People of all ages enjoy going to the fair, especially teens who enjoy the adrenaline rush of a fast ride, or just hanging out with their friends. Going to the fair is made into an event by these kids in order to have a little fun during the second half of the school year.

The Rock ‘n’ Roll ride, the Ferris Wheel and the Nitro ride are the fair’s highest grossing attractions, being favorites among guests. Another fan favorite is the Zipper, a ride with an oblong, rotating structure that pulls 12 cars, was taken out of the Midway this year, leaving many people disappointed.

“My favorite ride is the Zipper, but it wasn’t there this year so I was kind of disappointed,” said freshman Jayme Prandine.

As well as going on rides, guests also enjoy the fair food that can either be delicious or sickening. With over 40 vendors to choose from, attendees can pick a sweet or savory treat that they do not usually eat unless they are at the fair.

Throughout her 60 years of fair going, Zoller has always loved the caramel apples, while Burdette has to get a frozen, chocolate covered banana and a Kiwanis corndog every year.

“Fried cheese was so amazing and greasy and juicy that when I bite into it my day was ten times better,” said freshman Jackson Seery about the fried cheese that he gets every year from a fair vendor.

Other students enjoy the food at the fair including freshmen Thomas Heckler and Jayme Prandine. Heckler enjoys getting a funnel cake at the fair because it is a treat for him that he does not usually get anywhere else.

Aside from the rides and food that children and teens usually enjoy, the fair also includes other events that are lesser known. The livestock fair, pageants, cheer competition, arts and crafts and agricultural fair are all events that provide to the joy and atmosphere of the fair. Zoller used to submit sewing and cooking projects through the 4-H Club at her middle school and her granddaughter, Jessica Burdette, a third generation fairgoer, submits a lot of arts and crafts.

“I think the fair is great,” says Zoller about the Manatee County tradition, “I wouldn’t miss it.”

Even though the Manatee County Fair is over for the year, the Florida State Fair has just begun, running from Feb. 7 to Feb. 18. Shortly after that, the Plant City Strawberry Festival will be underway.