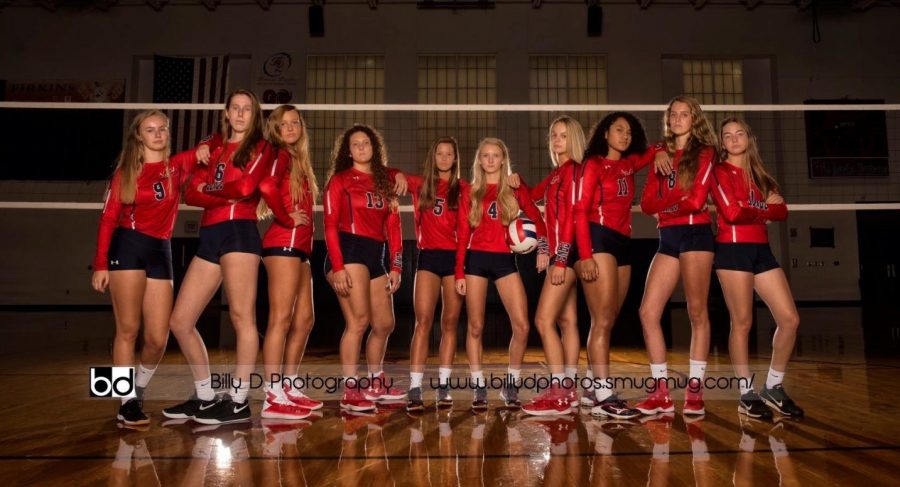 Lady Canes Volleyball is serving it up

After a summer of hard work, the Lady Canes Volleyball team is back in action. With four games already under their belts, the team is excited for how this season will play out and how they will continue to build the program and become a more united team. The program is also losing five seniors this year, so the girls are all working hard to make sure they make a mark and continue their legacy for the years to come.

“I just want us to grow better as a team,” said first-year varsity player Jayme Prandine.

This summer, the girls all had to partake in conditioning and open gyms to get their skills up to par for what they want to accomplish this season. Serving, passing and spiking are essential to volleyball and over the season they do not have the time to learn these things, so that is where open gyms come into play.

“We had open gyms; we did some conditioning try to get the girls a little more in shape… We either do a lot of sprints, some strength and core work mostly cardiovascular, five-set matches can be grueling sometimes so the better they’re prepared cardiovascular wise, the better for them,” said varsity volleyball coach Tony Cothron.

As for the future of the program, Cothron hopes to add a freshman and beach volleyball squad to the school’s list of sports in order to better prepare the athletes for court. This will help the Manatee team improve at the same rate as other teams that have these programs.

Cothron hopes that his squad will grow in the coming years to compete with the other teams in the area who have these other programs. This year, the girls just want to improve this season by working together and striving for a common goal at districts.

“I think we’ll get there by working really hard, always giving 100% and having fun, which is the most important thing,” said junior Brianna Bogad.

Coach Cothron also said that he would like everyone to come out to games and show support for the volleyball squad, the schedule is down below. 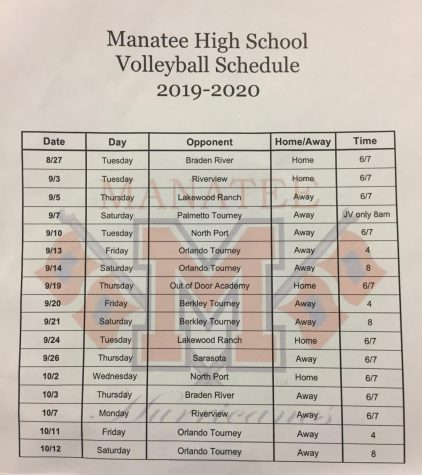