Behind the scenes of the 2019 Homecoming Court 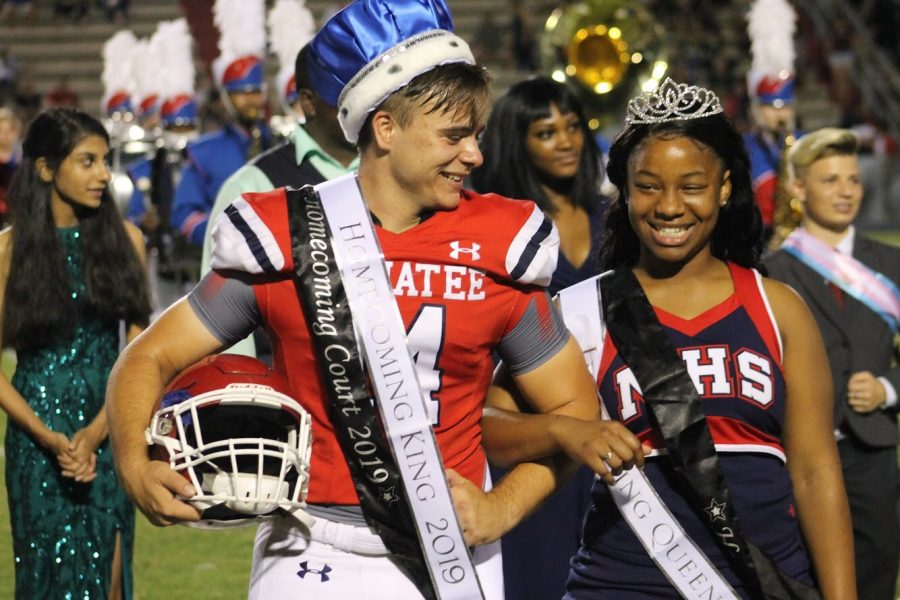 The beautiful outfits and smiling faces of the Homecoming Court are always a spectacle to see and the 2019 winners were no different. Before walking out on the field to represent their classes though, these four ladies went through massive prep work in order to look their best.
Freshman Princess Summer Walz 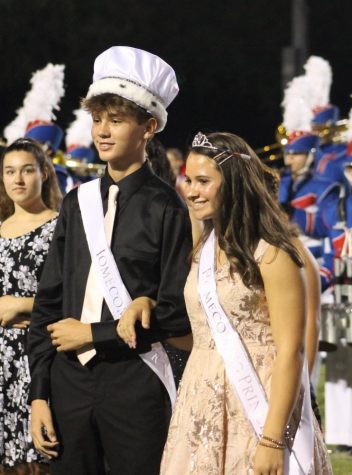 Summer Walz wore a light pink and gold dress to walk in as freshman princess that she got about three weeks prior at Macy’s. The rest of her prep, including hair and makeup took about three hours and was done by her family. Walz’s mother did her hair, while makeup was done by her cousin.

“I feel very excited and I thought it was a really good opportunity to be open,” said Walz about being chosen by her peers to represent them.

“Very nervous, because usually I’m wearing basketball clothes or volleyball clothes, it’s sportish, not with a crown and a sash,” said Prescott about walking as sophomore princess.

She took about three hours to get ready, starting right after she got home from school in order to get her hair and makeup done by her cousin and ready for halftime. 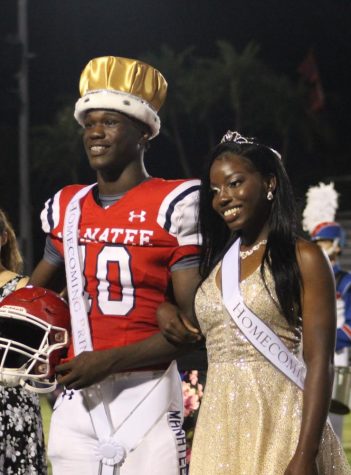 Junior Princess Reyanna Troupe
To walk at halftime, Troupe wore a formal gold gown that she that she bought last minute at Dillards, only three days before the Homecoming game. Her preparations including hair and makeup started as soon as she got out of school and finished after about three hours.

Troupe put herself out there for a second time this year, after running for princess as a sophomore and not making it, showing that her perseverance payed off.

“I was excited, I was in shock, I was just so excited, becasue last year when I ran I didn’t win, so I ran again and I won this year,” said Troupe. 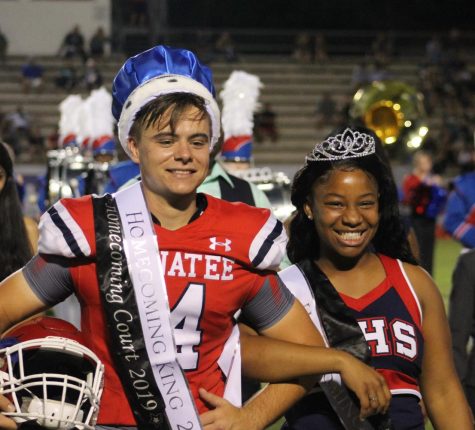 Homecoming Queen Tationna Clark
Clark, a varsity cheerleader, had no need for prep as she was called straight off the field as the 2019 Homecoming Queen in her uniform and the brightest smile on her face.