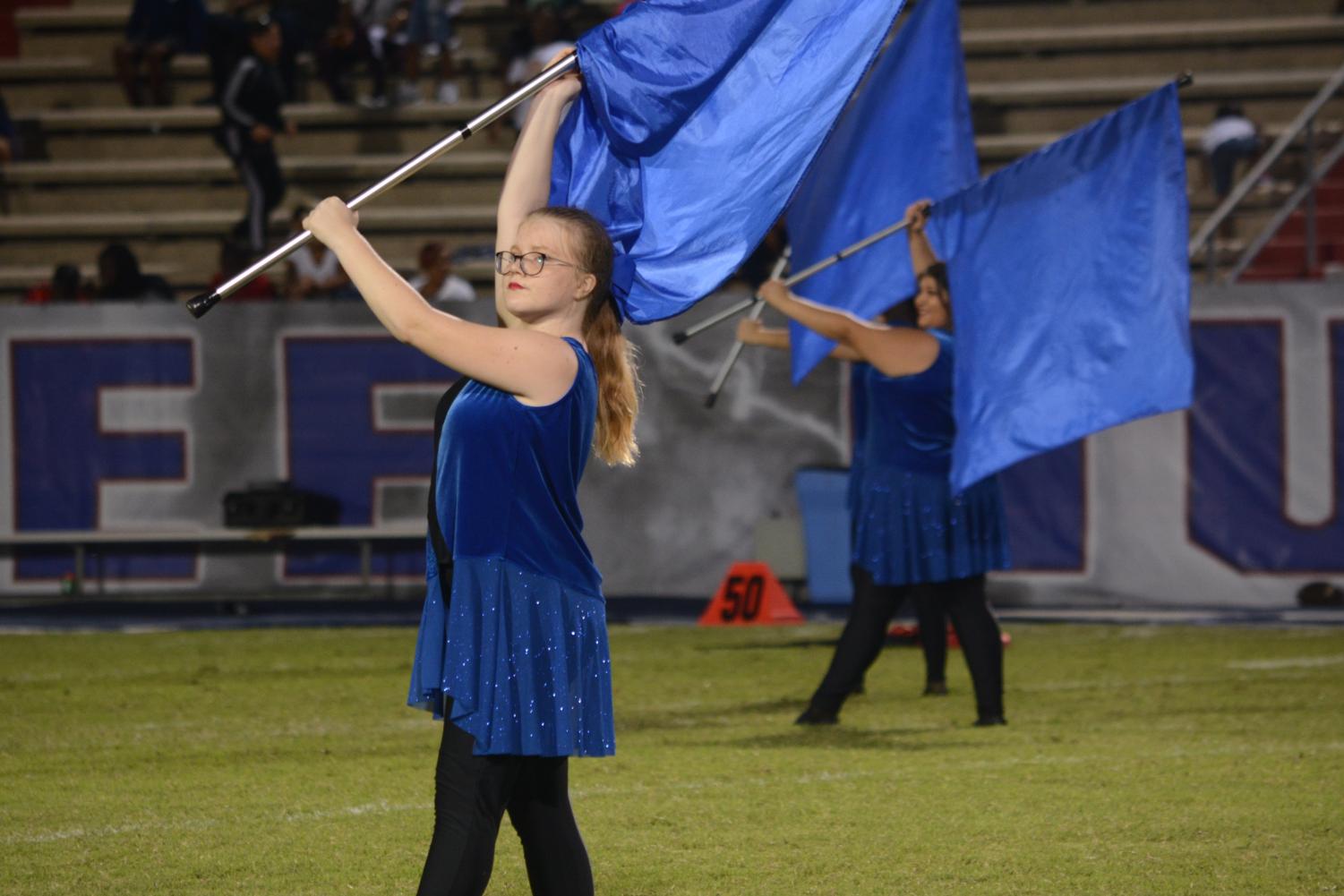 Put the flags out!

The newly brought back Color Guard made their debut performance at the Homecoming football game on Sept. 27. Waving their flags along with the marching band and Sugar ‘Canes, it was evident that they had put a lot of time and effort into the performance. Coming back after about 20 years of not being a club, guard coach Renee Schindler is excited to bring it back.

“Actually they had decided last year to bring it back and just got lucky enough that when Mr. Schindler got the job we kind of come as a package deal, but its really cool, I’m really happy and excited that we are bringing it back,” said Schindler, who has been involved with color guard for over 33 years.

Color guard is completely flag and prop based work, making them different from other types of dancers and also takes a lot more time to learn skills like flag waving and throwing.

“A lot of technique and patience… it takes time to improve, you can’t just rush a trick and expect to actually do it, it takes more time than you think it does,” said sophomore Jamie Davis.

Emily Parnell, Maurely Villa and Gisella Centeno are the three captains of the color guard. They work a minimum of three days a week, Monday, Tuesday and Thursday, for three hours to prepare their routines. They then rehearse with the band before football games.

“I’m really excited about it being a new program because before they didn’t have it and I’m proud to be one of the captains, one of the first ones,” said Parnell.

After football season is over, the color guard keeps going right into a season called winter guard, which is centered around guard competitions.

“After football season we are going to go into a season which they call winter guard and winter guard is through FFCC in Florida it is the circuit that we do and everything that we do is just color guard based. Were going to add hopefully rifles and then sabers eventually into the winter guard program,” said Schindler.