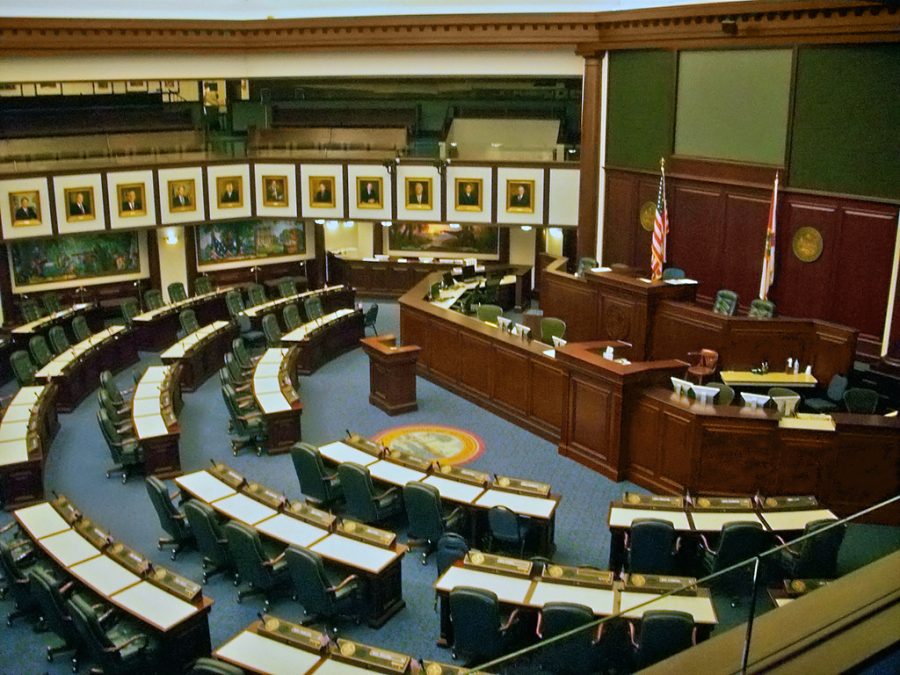 Stalemate in Tallahassee: The bill is currently stuck in the FL legislature. Similar bills have been attempted to pass in the past but failed to make the cut. "I would not be surprised to not see it on the election ballots," stated Mr. Falls, an economics and government teacher.

The bill of “Raising Florida’s Minimum Wage,” may be hitting the ballots during the November elections, stirring up plenty of controversy on both sides of the aisle. From small business owners to big corporations, everyone has something to say about how this will affect them. The problem with this bill is how it is spread, not what the bill actually proposes. News headlines feed off of the $15 number, but that is not exactly true. This bill says that the minimum wage will increase from $8.46 to $10 in 2021 and then one dollar more for every year after that until 2026 when it will be $15.

The Florida legislature currently has this bill in a gridlock, though some lawmakers are working productively to make sure it gets put on the ballots for Florida voters. If the bill does end up on paper in November, 60% of voters will need to approve the bill for it to pass as a Constitutional Amendment.

In 2005, the minimum wage in Florida was just $6.15. After 14 years, it has risen $2.31. The newly proposed bill would create a significantly higher jump; however, the cost of living has also gone up dramatically. People are having to work multiple jobs to be able to support themselves. Some single mothers are working over 60 hours a week just to provide their child with a roof over their head, food and childcare. Older generations often blame the newer ones for not raising their kids, or not spending quality time with children, but often forget that they are working double the amount they had to in order to provide the basic necessities for them.

The other side of the coin is that small businesses will likely struggle more-so than larger businesses and corporations. These local, family-owned places will have a much harder time keeping their doors open, especially with the types of things they could be selling. Just as an example, a local honey shop may employ three people. Thousands of dollars worth of honey are not being sold each day. If the minimum wage ended up being $15, they would likely have to cut down their already small employee base or close down the shop all-together. This could be a huge problem and one that will have to be carefully examined before people place their votes.

“You have to put common sense into it. Whether you own a business or not, if everybody gets a raise to $15 per hour, everything and I mean everything from McDonald’s to construction will cost more. If I have to raise what I pay as a minimum, what would be the drive to get skilled people to make more money?” Stated Dale Barkley, owner of Team Barkey Inc., a local construction company.

Another issue is how much AI, or artificial intelligence, is taking over. Places like Walmart and Lowe’s are exchanging human jobs for automated ones, and cashiers are being replaced by computer screens. This is an issue that is not being talked about enough. AI will continue to dominate over human jobs, creating not only a higher unemployment rate but also less of a need for minimum wage jobs that so many people rely on.

“A state like Florida where expenses and rent are climbing closer and closer to New York prices, yet wages haven’t followed. Everything is online and new; if you don’t have an innovative business, then you won’t stay open,” stated Alex Mitrani, a Florida resident who works as an account representative. “The answer will never be to cut wages; the other side of the argument will always be to cut down on employees and cut down on wages and benefits. Hurting employees is no way for a business to thrive.”

The times have and will continue to change, and so does Florida’s minimum wage. America already lives in an extremely fast-paced society and with a steadily rising inflation rate, minimum wages across the entire country will need to be adjusted in correspondence to that. The difficulty lies between each person’s place in the world. A small business owner is more likely to oppose this against a high school senior getting their first job and wanting to have more spending money. It will be interesting to see how this bill plays out in the hands of Florida residents on Nov 3, 2020.