Rewriting history one shot at a time 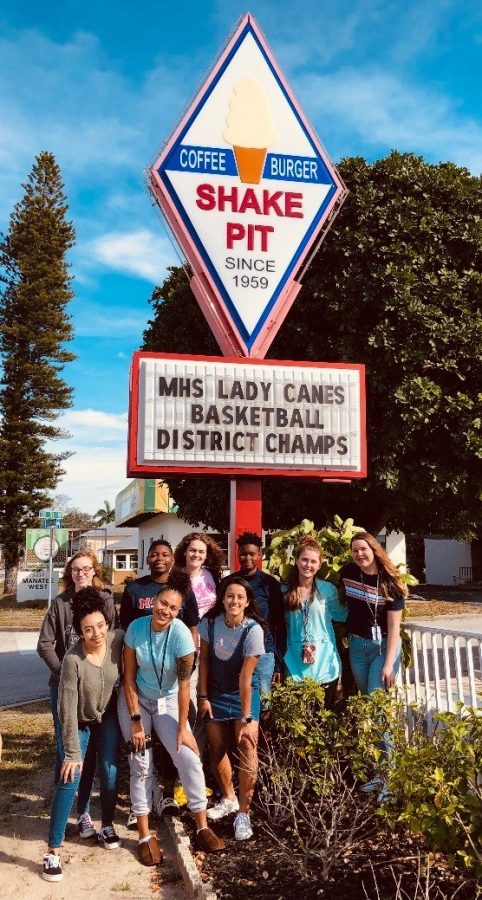 It took them 37 years to get there, but the Lady Canes basketball team has rewritten history by winning the district tournament and getting a bid into the state tournament for the first time since 1983. This was no small feat, as the Lady Canes had a 27 game schedule and practices ranging between five and six days a week.

The  Lady Canes have been working towards this goal since Coach Travis Persinger stepped in five years ago, each year getting closer and closer to their goal; a process that took the effort of every player and coach.

Before this year, the Manatee girls basketball team was just a bunch of girls who took out the jerseys for the season and then put them back at the end. When Persinger took it over, he turned it into a program that works year-round to achieve their goals, a program that became a family all dedicated to the same cause.

“We started at rock bottom our freshman year, but we knew we wanted a championship,” said senior Ophelia Lidge.

This universal love and drive for the game that every girl on the team has are what got them to where they are. They rewrote our history, especially girls sports, by bringing home that district trophy. This is a win that the girls on the team, especially the seniors, hope will inspire future Lady Canes to play with a chip on their shoulder, and continue what this year’s team started.

“Winning a championship sets a big precedent for the incoming class and the underclassmen because now they know that they have to work as hard and even harder to get that championship and to keep playing to win states,” said senior Andrea Soto.

Although the Canes’ playoff run was cut short in the first round of regionals, they are not done and will keep working to reach their ultimate goal of winning a state championship.

To learn more about Lady Canes’ building up their program read this article.