Sugarcane, a name to be known 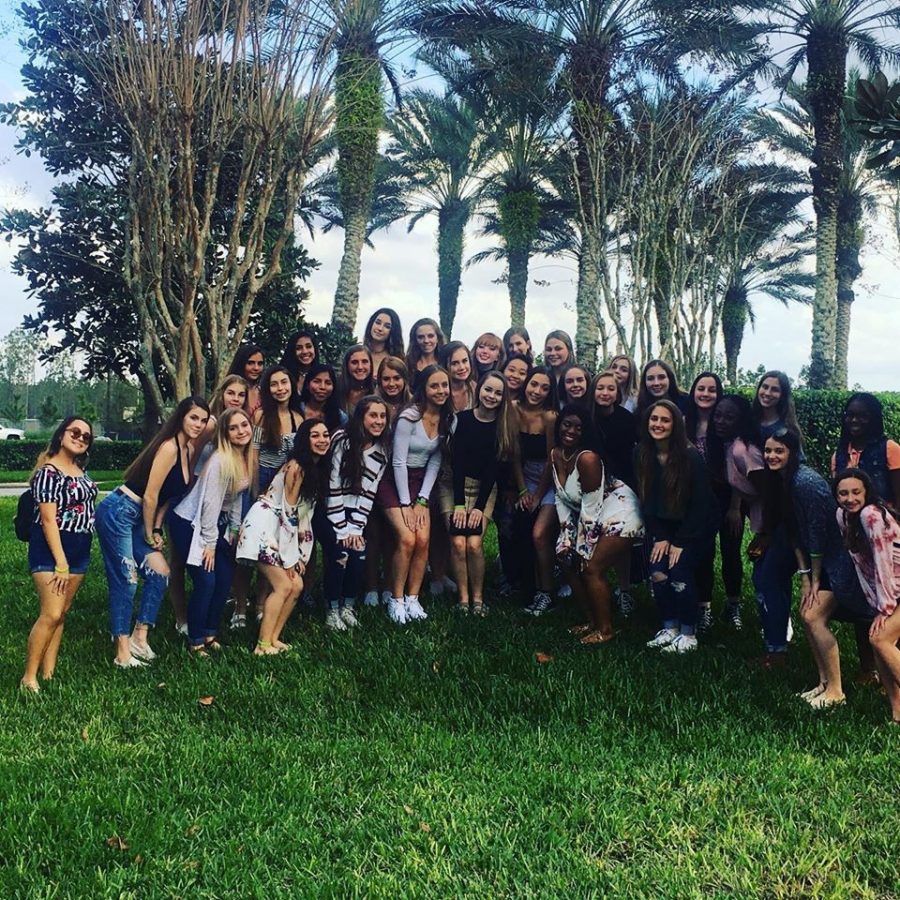 After many months of practice and hard work, the Sugarcanes were able to show what they had to offer at the national competition, that took place on the weekend of Feb. 21-23. Both JV and varsity placed second in the nation, which was the first in Sugarcane history. A typical misconception is that anyone can be apart of the national competition which is not valid. IN order to qualify, the dancers attend a four day summer camp where they learn three dances and are evaluated on them accordingly. Once the dancers are assured of going to nationals, they spend all year dancing every Monday, Tuesday, Thursday and Saturday for about three hours and then are given a three week break when nationals end.

On Thursday morning, the Sugarcanes drove to Orlando and went straight to practice to warm up. They then ventured out to Downtown Disney to eat a dinner at Planet Hollywood. Early

in the morning on Friday, they supported the teammates who had solos that day and then practiced before preliminaries. The Sugarcanes had to put their hair into a tight bun, which they kept in for two days straight during the duration of nationals. On Saturday, they woke up at five in the morning to do their makeup and attended the preliminaries. After a long day at the event, the girls got back to the hotel to receive their ranking from their coach and to do a few last minute touch ups on their routine the night before the finals. Once Sunday morning arrived, the Sugarcanes were up at 4 a.m to get their makeup done again and then headed over to the arena to watch JV perform. The girls got to spend the remaining of the afternoon with their families and rest up before attending the award ceremony at 9 p.m.

“We all held hands and prayed because it was so nerve racking and we did not want to go down. We made a name for ourselves for sure, as well as two big trophies,” stated Avery Lake, captain of the Sugarcanes.

A common hardship the Sugarcanes encountered while working towards nationals was facing many health issues along with some teammates quitting. A lot of dancers ended up rolling their ankles, getting surgery, or tearing their ACLs; however, the team was flexible enough to make formation changes as the season went on. Although the Sugarcanes did not have any alternates, which are dancers who can fill in for sick others, it did not hold the team back from having a successful national performance.