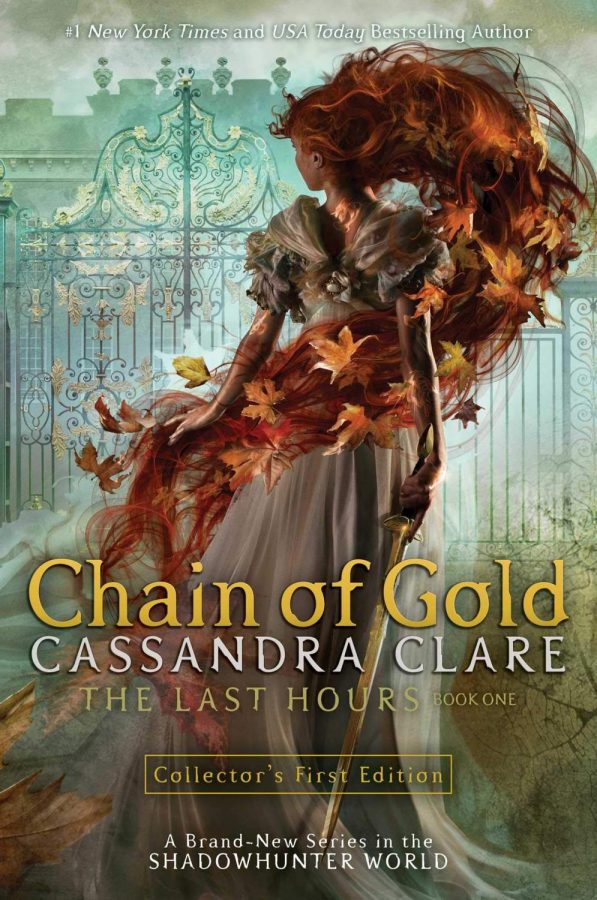 Cassandra Clare’s new “Shadowhunter Chronicles” book “Chain of Gold” was released on March 3, 2020, and makes for a great new series to start for these next few weeks at home. “Chain of Gold” is the first in the new “The Last Hours” trilogy, however, it is not Clare’s first book in its universe. Clare has also written titles like “The Mortal Instruments,” “The Infernal Devices” and “The Dark Artifices.” This book takes place in 1903 London, England, and follows the children of the characters in “The Infernal Devices” series. Meaning that once again, readers get to follow the Shadowhunters of the London Institute and experience their new and fascinating stories.

This “Shadowhunter Chronicles'” new heroine is Cordelia Carstairs. She is a Shadowhunter, a warrior trained since childhood to battle demons. When her father is accused of a terrible crime, she and her brother Alastair travel to London in hopes of preventing the family’s ruin. At the London Institute, Cordelia encounters childhood friends James and Lucie Herondale and is drawn into their world of lavish living and supernatural experiences with vampires, warlocks, mermaids and more. All the while, she must hide her secret love for James, who is sworn to marry someone else. The  Shadowhunters of London are soon hit with a shock when a series of deadly demon attacks devastate the city. These monsters are nothing like they have fought before: these demons walk in daylight, strike with an incurable poison and seem impossible to kill. London is immediately quarantined and Cordelia, James and Lucie intend to help in whatever way they can.

Whenever Clare starts a new series, she makes sure to re-explain the Shadowhunter world so that her readers could start her chronicles from any one of her books, regardless of the release date. However, with this book, it would be best for readers to at least have read “The Infernal Devices” so that they can recognize some of the old characters.

One of the most exciting aspects of this book is revisiting said characters from the “The Infernal Devices” trilogy now that they are parents. Clare did a fantastic job in keeping those characters’ personalities intact, while still taking into account the years of living that they have gone through. As for the new characters, Clare outdid herself once again. Matthew Fairchild provides the humor, Jesse Blackthorn allows for mystery, Cordelia and James supply a relationship to root for and Will Herondale produces the “cool dad” persona; all of which are incredibly fun to read about.

1903 England was a peaceful point in history, so Clare took this into account when writing her story. Since the Edwardian Era was so stress-free, it was a surprise for these characters to suddenly be attacked by demons when they had been absent for years before. This concern provided a great storyline that mixed mystery with action and adventure. This is not the only detail pertaining to the period, however; there is much talk about classic authors like Oscar Wilde, the clothing is described in great detail and fake and arranged marriages are discussed in abundance.

“Chain of Gold” gets a 5/5 star rating for its plot, humor, choice of time period and most of all, characters.